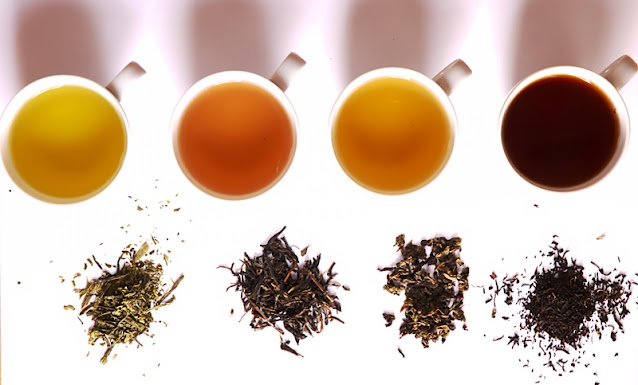 Ask any Indian if they like tea, and almost 90 per cent would answer in the affirmative. Every street corner you walk to, you will find a tea stall, and almost every time, they are literally crowded with connoisseurs and casual drinkers. Every morning, we wake up and have a cup or glass of tea. People from hilly areas, especially love their tea. Ask me, being from the hills, I can attest to the fact that for us, tea is one of the most prized things. Anyway, hill people or not, everybody loves tea here. There are so many local renditions of the drink in India: Karak Chai, Masala Chai and so forth. Unlike in England, where the 4:00 pm afternoon tea is like a whole culinary ritual with specially made finger food, tea time here is an occasion to take a break from whatever people are doing, and sit down together to chat and share some light moments.
It is generally believed that the English came to know about the leaf and the brew, made from it, in China, where tea was being grown for ages. Seeing how refreshing the drink was, they established large-scale plantations in their own colonies, especially India. But, as per some people, tea is native to India, and it was the Chinese, who first took it along with them to their country. Whatever the theory may be, we can proudly say that tea is truly ‘India’s drink’. But, did you know that the tea we are accustomed to drinking is of the worst quality?! Yes, it’s true because the premium quality produce is almost all exported. 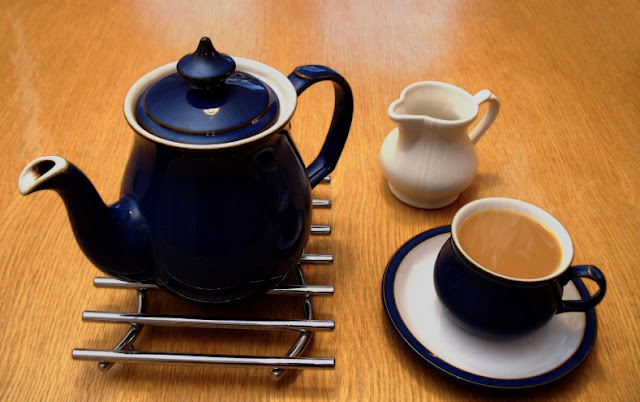 If you want good-quality tea, you may find it in dedicated tea parlours in posh city markets. And, there are chances that you will have a choice of different types of teas from different parts of India. Here is a bucketlist of some of the most famous kinds of teas, produced in India, which I am categorising on the basis of the region the leaves are grown in, for convenience. 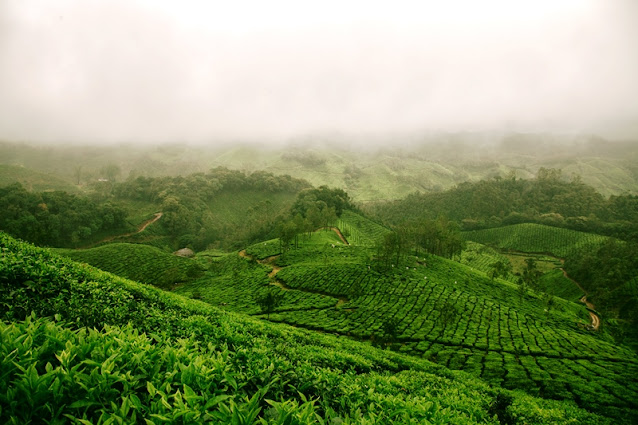 Darjeeling – Where Black is the Rage
One of the most highly demanded, oh and by the way expensive, teas in the world, comes from Darjeeling. The elevation range of 1970 to 6560 feet above sea level provides the perfect setting for the growth of the leaves. Two primary things attributed to its superior quality are mist, resulting in moisture, and cool air. The air, it is believed, is the result of Lord Shiva’s breath, who as per myths, lives in the Himalayas. Tea is grown in over 17500 hectares of beautifully terraced hills. There are almost 90 famed tea gardens in the small town. Yikes! Over 9 million kg is produced in Darjeeling every year by almost half the district’s population.

Darjeeling tea shows a variation in colour, ranging from sharp amber to a pale lemon. Connoisseurs give its taste qualities like smooth, round, delicate, mellow, dry, sweet and mature. For its exquisite quality, it is often called the Champagne of teas. You should really drink it as it is rich in antioxidants that keep the heart healthy and bolster the immune system. A study says that it also helps in preventing certain kinds of cancers, Alzheimer’s and even diabetes. Another research suggests that the green and black varieties can help you lose weight! 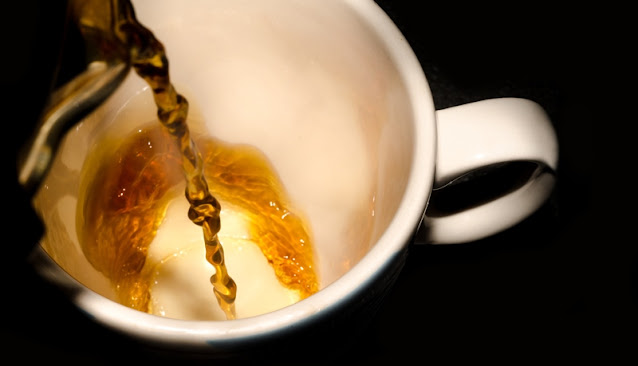 Assam – Stronger than a Prince’s Kiss
Assam tea is one of the strongest in the world, and experts agree. There is a saying that goes, “You haven’t woken up fully if you haven’t sipped Assam tea.” It has won hearts all around the world with its smooth, malty palate. The interesting fact here is that unlike other regions in India, tea in Assam is grown in plains. Another interesting trivia is that Assam, along with South India, has its own native species of the plant. The dark green colour and glossy texture of its leaves, and its white flowers easily distinguish it from the Chinese cultivar.

A rich amber-coloured product, Assam tea has a full-bodied taste. In a way, it can be called the Bordeaux of teas as Bordeaux wine too is renowned for its well-rounded flavour. Its strong character makes it a perfect wake-up beverage. So, all you sleeping beauties, stop waiting for a prince’s kiss to wake you up, and just have a cup of Assam tea. It is another healthy brew as it helps reduce stress, leads to a lower stroke risk, promotes good oral health and even decreases the blood pressure by cutting the level of cortisol.

The second flush or the second plucking of the leaves in the season is one of the most expensive in the world. Did you know, when the English, Scottish or Irish have tea with breakfast, it is mostly Assam tea?! The upcoming India-England cricket series may be stuck in limbo, but we have certainly conquered the British on at least one front. This is another variety, which may help reduce cancer risk, as it lessens the damage, caused to cells by nitrogen and oxygen. Assam tea is also known to prevent Parkinson’s disease.

Chefs of fine-dining restaurants are using it in their dishes. I mean, I just came across a dish, called Assam Tea-Lacquered Duck with Pomello and Coconut Chutney…It sounds quite ridiculous to me, but hey, it might actually be good. 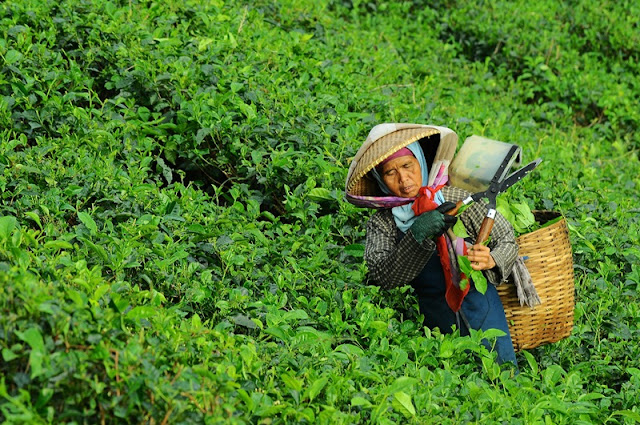 Nilgiri – The Legacy of the Blue Mountains
The Nilgiri Hills in Tamil Nadu is another site, famed for the quality of tea they produce. As compared to Darjeeling, the elevations, at which the shrubs are grown, are higher here: 3280 to 6560 feet. It can again be compared to wines as Nilgiri tea has subtle hints of fruitiness and mint in its flavour. This, experts say, happens because trees like eucalyptus and blue gum are grown close to the crop. The tea tastes lively or brisk; this is because just near the bushes, a variety of spices are grown.

What makes this type of tea so highly prized is its palate, which is a blend of various taste characteristics. Nilgiri tea produces a bright golden drink, which has a pleasing aroma and crispness with floral undertones. It feels creamy in the mouth, becoming perfect as a de-stressing brew. It again helps reduce your weight by increasing your metabolism rate. By drinking it, you can keep heart issues at bay as Nilgiri tea cuts your LDL cholesterol. Another benefit of it is that it slows down sugar absorption, thus helping those with diabetes. Its biggest benefit, to some people, may be that its anti-oxidants reduce wrinkles, making the skin look young. So, forget all those good-for-nothing, anti-ageing cosmetics, and drink Nilgiri tea for younger skin.

A good thing about Nilgiri tea is that it is cultivated round the year as the region is influenced by both the northeast and southwest monsoons. Nilgiri tea tastes different from other Indian varieties and is closer to Ceylon tea (grown in Sri Lanka) as the weather conditions of the two places are similar. 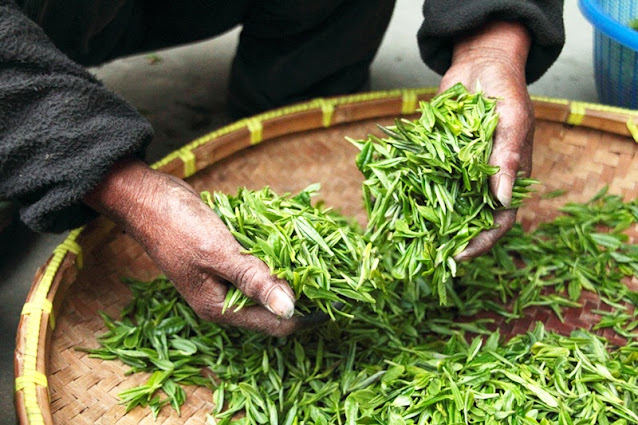 Kangra – Mild is Good
There is no doubt in the fact that Kangra tea is just awesome, but what really results in its exclusivity is the fact that Kangra is the smallest tea growing region in the country. The leaves grown here thrive in cool weather, which the Kangra Valley gets from its moderate elevation and the winter snow on the Dhauladhar Range, which lines it in the north. Its first flush, in particular, is noted for its distinct aroma and fruity flavour. Kangra tea comes in two main varieties: black and green. Black tea has a sweet taste, which seems to linger in your mouth long after you’ve tasted it. The green variety, on the other hand, is known for its unique woody scent. In fact, Kangra green tea is so popular that much of it is exported to Central Asia and Kabul in Afghanistan.

Though Kangra tea is milder than that grown in Darjeeling, the former has more body. An interesting fact about it is that it is grown in completely insecticide-free conditions as the valley has no pests. So, you can infer from this how healthy this organic produce is. 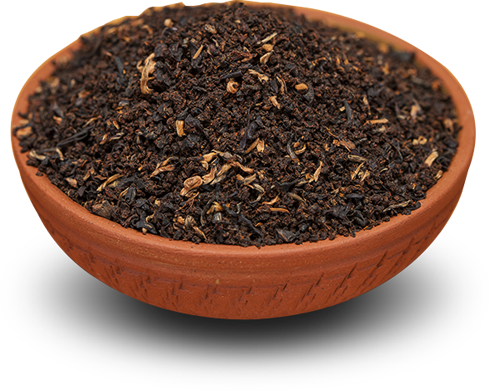 Munnar – A Full Package of Goodness
Pick any photo of Munnar, and you will see endless tea plantations in it; that is how significant tea cultivation is to the town. With tea being grown between 3120 and 8530 feet altitude, Munnar is among the highest tea cultivating regions in the country. Munnar orthodox tea has a characteristically clean aroma, which has a medium tone. It is almost like smelling a sweet biscuit in dip malt…yum!!! It is already making my mouth water. The colour of the brew is golden yellow with a subtle hint of orange, showcasing a combination of briskness and strength. When you drink it, you will get a strong taste, complemented by fruity undertones and a surprising sweetness, which lingers in the mouth. And, the tea is supposed to be quite healthy too.
#teaexporter #teaimporter #teamanufacturer
Location: Europe